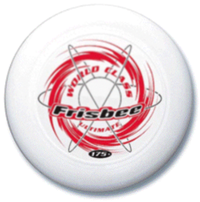 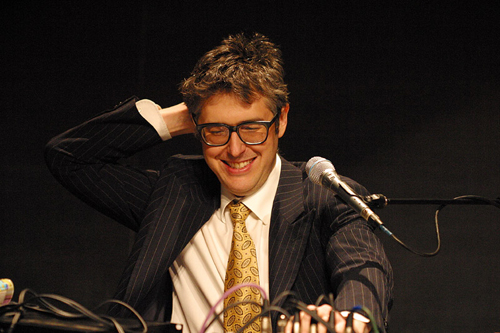 Tonight I was reminded why I love listening to people talk. I don’t mean that in the sense that I’m unique because of it; rather, that I can become so helplessly engulfed in a story, but that I know some people who can’t grasp that concept.

I’d like to thank Ira Glass for reminding me of that fact. For the past two hours I sat in Bovard Auditorium listening to him tell story after story related to his radio talk show This American Life and seamlessly weave in the nuances of why we enjoy the stories. From the downfalls of the teachings of writing schools to Arabian Knights, Ira Glass conveyed humor, awe, and nostalgia to the entire audience.

As a quick background, Ira Glass’s radio show takes on a simple premise and builds. The foundation is that ordinary people can be interesting. While true, there are thousands of other various pieces of art whether they be plays, movies, or TV shows that try to found themselves on this concept. Glass addressed this point saying that they aren’t really interesting in the whole story. What makes their show so intriguing is the small corners of stories or events that give it character.

So throughout the entire show (?, maybe it was more of a speech, or maybe a monologue) Glass stressed the importance in story telling of the action and the following reflection. By breaking down and getting rid of the complexities that could possibly be extracted by studying the thousands of classic stories, it becomes blatantly obvious why you love the stories you love. Whether it’s a personal experience that you can relate to, or just some universal comprehension that brings us together, the best stories hit home.

To me, this is why I love the podcasts I love. It’s why they are the top ranked podcasts.

It’s why some TV shows are amazing while others are cancelled after the pilot.

It’s why his event (that’s what I’m calling it) received a standing ovation.

Kind of an odd title, but fitting nonetheless. Last night the USC Catholic Center got everyone together bused us to The Grove, a high end outdoor mall in LA (you might have heard of it…).

We started (and ended) the night at Maggiano’s Little Italy Restaurant. While the plan was to originally to go to dinner and then move out to shop for a bit, store close at 9 at pretty much every mall. 9 is just a tad earlier than the 10:30 at which we finished dinner.

In case you are wondering why we were eating for so long, there are a number of reasons. One is that there were about 50 people total eating in our party, so even family-style dinner takes a while. Another reason is that there were three full courses. We got our pizzas, salad, and calamari as appetizers, the fettucini alfredo, lasagna, and salmon next, and some amazing chocolate cake and tiramisu for dessert. Amazing all around.

The kicker? The man who owns The Grove, Rick Caruso, also happens to be Our Saviour’s (Catholic Center) biggest donator. Word is that it’s because of his generosity that we are building a new center next year! Looks like it’s a great time to be at USC! So we all had a great time out away from school, and I discovered where the closest Apple Store is to USC (I think).

That’s my favorite quote of the day that I overheard some other kids saying. Is it true? Kinda. His policy does stay very true to Republican party lines, but no other GOP candidates like him. It’s complicated.

So this was my first political rally. It was what I expected to be: tons of people who already are gung-ho for Dr. Paul and ready to cheer at his every word. Don’t get me wrong, I agree with much of what he says, but I’m not the type to eat up whatever someone says… Even if they are the best candidate running on the Republican ticket.

The state of the GOP right now is very unfortunate. To have a situation where a candidate doesn’t back the president of his own party, but stands behind exactly what the party defines itself as is pretty pathetic. What is even worse is the response of the Republican party to what Ron Paul says. The Republican party is lucky that someone like Paul came around; he’s their only chance to capture the youth’s attention.

So all in all, the rally was a learning experience. I am so thankful to be in a place where on any give Wednesday, you could be in a class, at a club meeting, asleep, or at a political rally. USC is certainly an interesting place.