You know an amazing ad campaign the moment you see one. The one’s you have to think about can be good, but I don’t think that an effective ad doesn’t need to be pondered much. Converse’s recent ads featuring both dead & alive pop culture icons has been blowing me away since I first saw an image of it back a few months ago.

These ads break everything down to basics, while staying far away from any abstraction. The black and white photographs are perfect and just further the idea of simplicity that the ads convey. But the thing that really sends it over the edge (and makes them shoe ads) is the overlapping of each icon’s feet. It might be cliche, but it’s very fitting that what connects these artists is their shoes.

When showing other people these ads, they don’t seem to recognize most of the icons. Regardless, each person’s pose and composition lets any viewer know that they are bad-ass. No one dislikes the images, and as they follow their figures down to their feet, that last connection of the spread legs leading to the shoes hits every time.

Finally, a song supporting these ads has been released featuring Santogold, Julian Casablancas, and Pharrell titled “My Drive Thru [Play] [Play]
.” It’s a nice summer song and perfectly captures what this concept wants to say.

Thus far, here are the artists that have been featured in the many mix-mashed combinations: 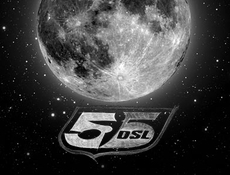 You might be wondering what a post on clothes and fashion is doing here (seeing as this is the first). I won’t pretend that I’m some sort of fashion expert, but I do think that I have an OK eye for picking out what looks good and what’s crap. A couple weeks ago, a person working closely with the launch of  55 DSL’s new Spring/Summer ’08 collection contacted me and asked if I’d take a look at it, so here goes.

55 DSL is a subsidiary company of Diesel, and it has focused its market to young adults who are closely tied to what’s new in pop culture (ie. me). 55 DSL has been around since 1994 and identifies itself as an “experimental spin-off” from Diesel that “both complements and defies its parent.” Taking one look at 55 DSL’s website is a good way of quicly getting aquainted with the attitude that the company exudes.

Bright colors and flashing images pop out at you just as the clothes do. Pushing their college-esque risque appeal is an ad for 55 DSL’s summer internship program called Junior Lucky Bastard. The image is simply a naked guy who looks to be in his late-30’s standing over a 20-something naked girl both smiling. Further down the page is a banner for 55 DSL’s t-shirt celebrating the 30th anniversary of Space Invaders. It’s obvious that the company knows who it’s targeting, and they don’t pretend to be anything other than a place for hipster culture & clothes.

Getting back to the clothes, 55 DSL’s Spring/Summer ’08 collection takes fairly conventional pieces and put a bit of a flare onto them. On the guy’s side (the side that I paid the most attention to), you have your typical subdued shorts, pants, and shirts that aren’t too unique but would look good on anyone. Apart from these normal pieces, there’s some stuff thrown in that doesn’t really fit with the rest, but I find to be the most interesting. These pieces are what make the collection stick out, and in my opinion, fit best with the 55 DSL attitude.

On the girls side, I found the collection to be more forward-looking, but not to the point of being runway clothes (you know that stuff that comes down and looks like a costume). These pieces are much more identifiable at 55 DSL than the majority of the male collection.

In addition to the male/female collections, the Spring/Summer lineup also includes a good number of “eyewear” and “props” (sunglasses/hats/backpacks/belts).

In summary, the Spring/Summer ’08 collection from 55 DSL has its strong points, but I feel that the company’s image lacks a cohesiveness with its clothes. Maybe it was the informal (bordering immature) tone of the website or the scattered thoughts of the guy’s collection, it just didn’t all come together for me. 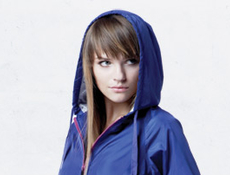 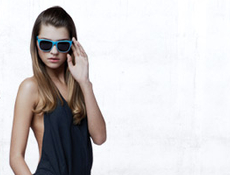 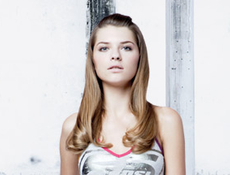 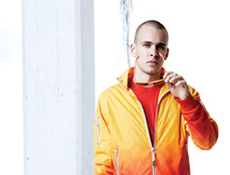 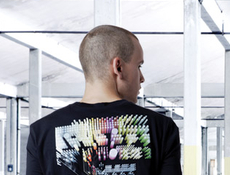 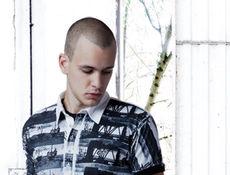