Conway’s Game of Life is a pretty sweet game. Well, it’s more like a set of rules that, when run, can result in some pretty awesome patterns.

Simply put, you start with a grid of boxes. The boxes are in either of two states: alive or dead. To play the game, you start by turning some boxes alive, and running these rules over and over:

I’m not sure why, but we learned about the Game of Life in one of my computer science classes a few semesters ago. I thought it was interesting at the time, but it (sort of) came in handy when I interned at Microsoft. Every year the company puts on “Puzzle Day” which is a program-wide competition between teams that are solving puzzles all day. One of the puzzles was just a wide grid with seemingly random boxes colored black. It came with some clue about “life”, and I figured that it was simply Conway’s Game. Little did I know that there were custom rules that we had to figure out to solve what the boxes revealed… Sadly, this wasn’t one of the puzzles we solved, but we came close, right?

Conway’s Game of Life in HTML5

After deliberating between the PS3 and the Xbox 360 for well over a year, I finally caved in a bought a 360. Depending on which console you own, you might be thinking that I wasted a bunch of money. Give me a minute, and I’ll give you my reasoning why I feel that the $300 was well spent. (No, I will not mention the Wii from here out because I think it’s a sick joke Nintendo is playing on the world right now. I’m sorry if you bought one.)

First and foremost, the games that Microsoft and its third-party developers have created are some of the best out right now. From first person shooters (Halo 3), third person shooters (Gears of War), arcade games (Geometry Wars), puzzle games (PuzzleQuest), racing sims (Forza 2), and sandbox games (Grand Theft Auto 4), nearly every genre of game is covered multiple times by the 360’s library.

The Xbox Live Arcade only strengthens the long list of games going for the 360. While the Microsoft Points system is initially annoying, once you realize that 800 MSP equals $10, 800 MSP for a game doesn’t sound so bad. While the XBLA doesn’t offer extremely deep titles like GTA4, games like Geometry Wars and the recent Braid make up for their shortcomings with ingenuity and fresh innovation.

I wanted to buy a console that is playable now, not one that might be more playable come Christmas.

I’m not the best at sitting down for a day by myself and playing through a game start to finish. I can usually play for an hour or two, but after that I just want to put the game down and do something else for a while; it just gets monotonous. This is why the ability to play games with my friends online is a huge deal to me.

Since the original Xbox, Microsoft has worked very hard to build the infrastructure of LIVE and keep the community thriving. Their efforts have payed off, and the LIVE system is light-years ahead of where the PSN is or will be any time soon. Whether it’s through simple leaderboards where I can see my friend’s top scored in plain sight for me to beat, of if I can play a real-time 16 player match, Xbox LIVE has done nothing but boost my enjoyment of playing video games.

The ease of using Xbox LIVE is something that I didn’t take into consideration when buying the Xbox, but I’m very glad that it has worked out in my favor. The integration of LIVE into Xbox games is great. For example, in Halo 3 after my friend has invited me to play with him, I hit two buttons, and I’m sent to the correct waiting room where we can set up a group game.

This is pretty straightforward. The Xbox 360 Pro/Premium (20gb) is only $300 right now, so compared to the PS3’s $400. While it’s true that a feature-by-feature comparison of the two systems reveals that the PS3 is a better value, I simply don’t need the features that the PS3 is touting as making it next-gen.

After paying for the console, I had the games to consider. Because I was working for Microsoft at the time, I received a discount on first-party games like Gears of War and Halo 3. Ignoring those games, the Xbox has been around long enough that there are many quality titles that’s prices have dropped significantly. All in all, the Xbox delivers the features and games that I want at a price that works best.

The current “Blade” UI design on the 360 works fine, but with the massive amounts of recently added content (movies, games, etc.), it is clear that a more scalable design is needed.

At this year’s E3, Microsoft showed off its brand new uer interface for the Xbox 360 that will be rolled out this Fall. Along with the UI overhaul, features like Netflix integration and new genres of XBLA games piqued my interest. It’s pretty clear that the 360 won’t have the 10 year lifespan that Sony says the PS3 will, but it gives me hope to see that Microsoft has been really working on improving an existing product rather than pushing out a new console every three or four years like they could.

Basically, I love my Xbox 360. It fits all of my wants/needs out of a current gaming console. 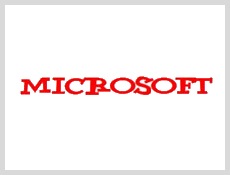 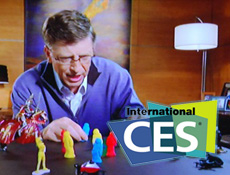 Last time I checked, everyone had crossed Blockbuster off of their list of companies that matter. I thought that it’s recent attempts to make a showing in the online movie rental sector was a joke. As of late, it seems that my assumptions were wrong because every tech blog has been pronouncing the victory of BluRay over HD-DVD as a result of Blockbuster’s recent announcement that it would be adoption BluRay over HD-DVD.

Don’t get me wrong, I was BluRay to win this standards war. I believe that Sony’s PS3, while the most expensive, is the best “next-gen” console. I believe that it is years ahead of the Wii and of the Xbox360. But that argument needs to be saved for another day. Apart from the console wars being waged right now, BluRay is just the better format.

Has everyone forgot about Netflix? The one company that has risen above just being a “geek’s only” secret you shared with only your best friends. It’s public and normal people use it without a problem. Just for a second, think about what would happen if Netflix adopted HD-DVD. Obviously, Blockbuster is the larger of the two companies, but it is also falling much faster than Netflix is rising. If there was a coalition of sorts made of up every movie rental company/organization against Blockbuster’s adoption of the format, it could mean the end of both BluRay and Blockbuster. Of course, this won’t happen, but the Netflix situation certainly could.

Just playing Devil’s Advocate here, but just think for a second about the contradiction of your past words and current assumptions. As usual, only time will tell…